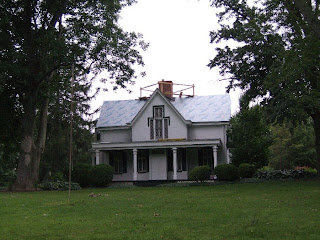 Left click on any of the photos for a better view.
As shown in the above photo, as of Thursday morning, August 6, 2009, the old roofing has been removed from the four surfaces at the very front of the house and a new insulating, waterproofing layer has been applied. 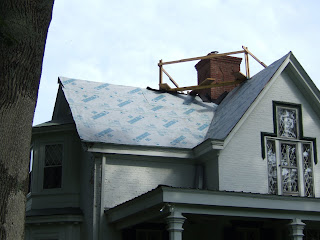 Closer view of two of the roof surfaces at the front of the house as they appeared Wednesday morning, August 5, 2009. 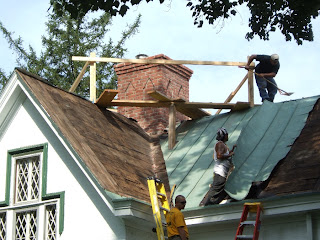 The photo above as well as those that follow were taken Wednesday, August 5, and illustrate some of the the oldest roofing material (ca. 1852) coming down. 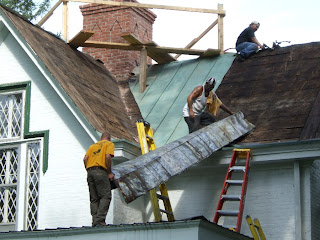 The above photo is a good illustration of the underside of the old roofing. 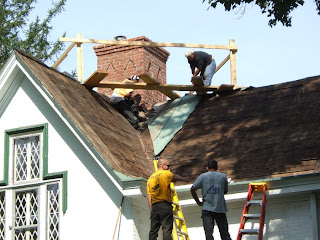 Last piece of roofing about to come down from this portion of the roof. 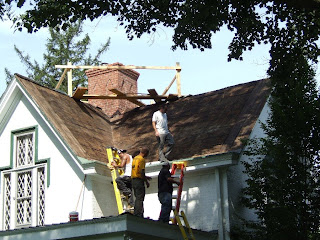 Ca. 1852 lumber that hasn't seen daylight in at least 157 years! The crew said none of the wood in this photo would need to be replaced. 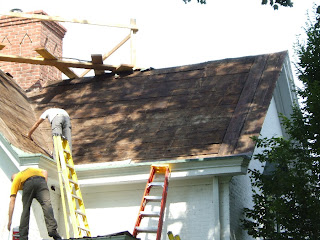 This roof surface did not remain open to the sunlight for long. It was soon covered in insulating/waterproofing/weatherproofing material as seen in the photo at the top of this post. 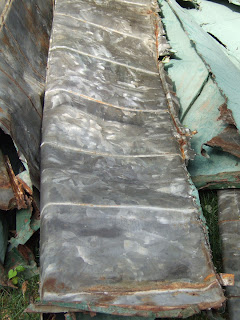 The underside of much of the original roofing remains in relatively good condition. 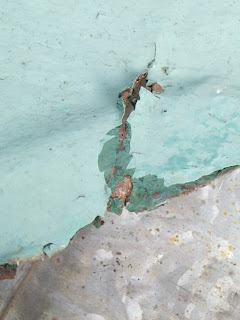 The top layer of paint/sealant is a rubbery light green material. Below it is a layer of darker green paint.

More photos will be added as work on the roof progresses. Keep an eye on the blog for updates.
Posted by Spirits of Tudor Hall at 11:36 AM No comments: