Remembering the Prince of Players 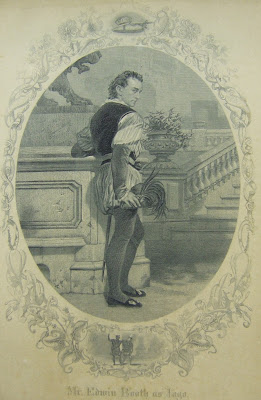 Edwin Thomas Booth passed away in his private apartment at The Players in New York City on June 7, 1893, with his daughter Edwina by his side. He was 59 at the time of his death, worn out decades of traveling and appearing onstage, grief over the many tragedies he experienced in his life, and by heavy tobacco use. As a young man, he sometimes conducted himself in a manner he later regretted. However, as a mature adult, he earned a reputation for dignity and courage and was the bedrock upon which his mother and siblings rested. Tested over and over again by illness, death, and tragic events among his family members, he rose to the test each time and continued on, worse for the wear, but undaunted. May he rest in peace at last.