Catching Up With Steve and Kelly Archer 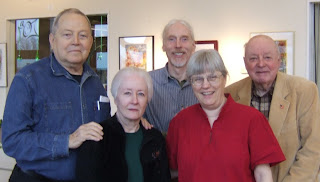 Dr. Archer was a faculty member and also served as chair of the theatre department at the University of Missouri for many years and is now retired. Kelly is a talented professional musician. During the course of Steve's research for his biography of the patriarch of the Booth family, Steve and Kelly traveled to many locations associated with the Booths and met many "Boothies." They visited Tudor Hall several times and stayed overnight with Howard and Dorothy Fox. Steve and Kelly remember those years as some of the most enjoyable and exciting times of their lives. Steve and Kelly as well as their son Steve were founding members of the Preservation Association for Tudor Hall.

Several years ago, Steve donated most of his research materials for his biography of Junius Sr. to the Booth Research Center of Harford County, Maryland. Elwin Penski (founder of the Junius B. Booth Society) drove to Columbia, Missouri, in his pick up to retrieve the many boxes containing Steve's research materials.

The materials are currently being entered into the new electronic catalogue at the historical society by volunteer Emily Andrews. Emily recently visited Tudor Hall with Spirit Jill Redding and is very excited and enthusastic about Tudor Hall's potential as an historic site.
Posted by Spirits of Tudor Hall at 1:54 PM No comments: