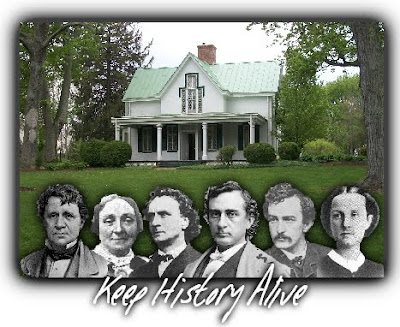 When you visit Tudor Hall, you're not just visiting the grand cottage named Tudor Hall—you're visiting a great American story that couldn't be made up in fiction. It's a story of intrigue, exceptional talent, sexual indiscretions, hidden secrets, triumphs and tragedies that changed the national landscape, both for the good and bad.

It's the story of an extraordinarily unique dysfunctional family. It's the story of a complex actor who came to America to avoid problems and became the greatest actor of his generation. It's about the eldest son who struggled financially his whole life and managed theatres. It's the story about the intricate inner workings that led two brothers along opposite paths during the time of America's greatest upheaval; one brother, whose allegiance was with the North, a supporter of Abraham Lincoln and became the foremost actor of his time; the other whose allegiance was with the South to the point of obsession, struggled as an actor and assassinated the President. It's about a sister who needed to be taken care of her whole life. It's about another sister who dedicated her life defending her family's name. It's about a younger brother who had no interest in the family theatrical tradition and became a physician. It is the story of a wife and mother who did everything she could to protect and take care of her family against all odds. It's the story of the Maryland Booths who left their mark on America forever. It's this absorbing story you'll encounter when you visit Tudor Hall. Help keep history alive.
Posted by Tom at 2:00 PM No comments: