The Gift of the Skull 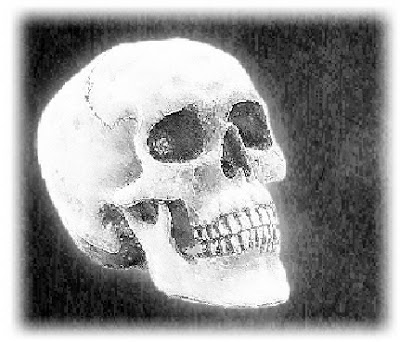 Junius Sr. indulged his philanthropic desire unrestrainedly, and the particulars of some charitable visit or donation would frequently be disclosed to the family by the recipient.
My earliest recollection of my father is seeing him upon his knees, before a rough sailor, who had asked alms at the door. The poor fellow had a bad wound on his leg, which was suffering neglect, and my father brought him into the house and washed and bandaged the wound for him with the tenderest care.

These little deeds of kindness were almost daily occurrences. He thus sought to impress upon our minds these lessons of humanity to man and beast, more by his own acts than by precept. He delighted to seek out the destitute and unfortunate, and aid by his sympathy as well as his bounty.

It was on one of these errands of mercy that the horse thief, Fontainne, alias Lovett, was pointed out to him. Lovett was then confined in the Louisville jail, and it was remarked that he had no means of obtaining counsel, and my father, although being assured that his case was hopeless, sent him a lawyer and defrayed the expenses; for which kindness, when Lovett heard of it, he bequeathed him his head, desiring "that it should be given, after his execution, to the actor Booth, with the request that he would use it on the stage in Hamlet, and think when he held it in his hands of the gratitude his kindness had awakened."
The skull was accordingly sent to my father’s residence while he was absent from the city; and my mother, finding what a horrible thing had been left in her house, immediately returned it to the doctor to whom it had been entrusted for preparation and delivery. In 1857, the doctor, who had retained the skull, sent it to Edwin Booth, who used it in the grave-yard scene in "Hamlet" on several occasions, and afterward had it buried.
Posted by Tom at 3:46 PM No comments: