Spirits of Tudor Hall Welcomes the Junius B. Booth Society 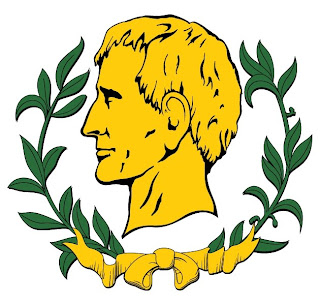 Junius Brutus Booth, Sr. was one of the most popular actors on the American stage from the early 1820s to the early 1850s. In addition, he was the father of ten children, a Harford County farmer who practiced the latest farming techniques of his time, and an environmentalist and animal rights advocate. It can truly be said he was a man ahead of his time. His son Edwin was a super star of the American stage from the 1850s to 1893. Edwin's brother John Wilkes brought tragedy to the nation and to his family when he assassinated President Abraham Lincoln in 1865.

The Junius B. Booth Society, Inc. was recently incorporated in Maryland to make the public more aware of the history of the Booth family and Tudor Hall, to encourage efforts to collect and preserve that history, and to support the preservation and restoration of Tudor Hall.

For more information or to become a member: http://juniusbooth.org
Posted by Spirits of Tudor Hall at 3:50 PM No comments: 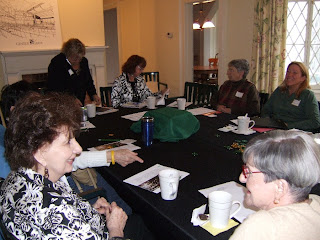 The agenda included a brief introduction to Spirits of Tudor Hall and a discussion of the volunteer opportunities currently available at Tudor Hall. Information about the organizations that support Spirits was also provided, including the Center for the Arts, the Booth Research Center of the Historical Society of Harford County, and the Junius B. Booth Society.

Spirits of Tudor Hall will be following up with the new volunteers in the coming weeks.

A big thank you to everyone who attended and to those who brought food to share.
Posted by Spirits of Tudor Hall at 3:43 PM No comments: