As a member of the illustrious Booth family of actors, Junius Brutus Booth, Jr. was overshadowed not only by his father Junius, Sr. and brothers Edwin and John Wilkes, but by his wife Agnes, who was a successful actress in her own right.

Booth managed the Boston Theatre, Walnut Street Theatre, Winter Garden Theatre, and Booth's Theatre where his brother Edwin was the star attraction. Though a relatively undistinguished actor, Junius, Jr. was highly regarded for his performances as King John and Cassius in Julius Caesar, which he performed with Edwin as Brutus and John Wilkes as Mark Antony in 1864.[1]

Junius Brutus Booth, Jr., himself was briefly imprisoned in Washington, DC, after his brother assassinated Abraham Lincoln. At the time of the assassination, he was fulfilling an acting engagement in Cincinnati, Ohio. Even so, he was arrested and hurried by train to the Old Capitol Prison.
Posted by Carolyn Mitchell at 12:18 PM No comments:

The Question of Edwin Booth's Birthday 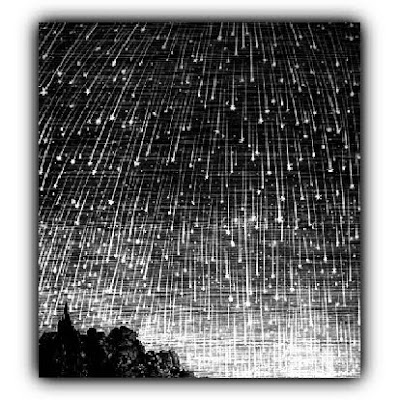 Edwin Booth wasn’t sure of the exact date of his birth at the property of Tudor Hall. His mother and older brother Junius, Jr. disagree on the day he was born. In a letter to his daughter, Edwina, dated November 14, 1869 describes his dilemma:

My Own Daughter,
Your dear letter with the pretty book-mark (“I love you”) came safely last night, just in time. It seems there is some doubt as to the exact date of my arrival here. Grandma says I was born on the night of the great “star shower” in 1883, and insists that it was November 15; but Uncle June says he remembers well—both my birth and the “Star Shower” occurred on November 13, 1833. So you see, I do not know which is the day—for, although I was there, I was too young to pay attention to such weighty matters, and can’t remember much about it. However, your little present, which I shall always cherish, my darling, came in good season for either day…

Here’s what history says about the shower: The night of November 12-13, 1833, not only marks the discovery of the Leonid meteor shower, but it marks the actual birth of meteor astronomy. During the hours following sunset on November 12, some astronomers noted an unusual number of meteors in the sky, but it was the early morning hours of the 13th that left the greatest impression on the people of eastern North America. During the 4 hours which preceded dawn, the skies were lit up by meteors.

Edwin was also born with a caul (a membrane covering the head at birth). In the servants quarters, the wise old African Americans cackled delightedly. Consulting the lore of their African ancestors, they peered into the child’s future and predicted that because of his caul he would be lucky and “gifted to see sperrits.” It appears his brother Junius was right about the date.
Posted by Tom at 11:02 AM No comments: