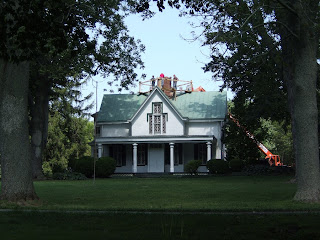 A dedicated crew from Decker Contracting, Inc., of Elkton, Maryland, has been hard at work the past two weeks on a new chimney for Tudor Hall. 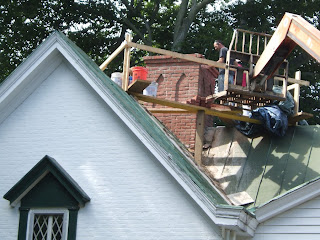 The chimney, which was nearing completion when these photos were taken on July 30, 2009, is being built to resemble the original chimney. A big "Thank You" goes out to Victor Miller, a dedicated member of the Harford County Historic Preservation Commission, who worked hard to make this happen. 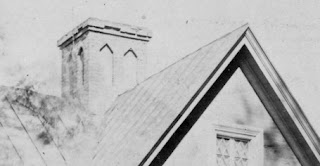 This is a closeup of the chimney as it looked in 1865 when the first known photo of Tudor Hall was taken. 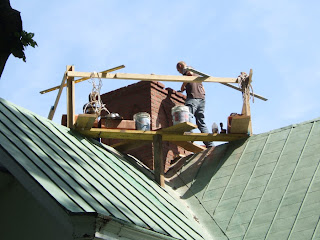 If you left click on this photo to access an enlargement, you'll see that there is one space left to be filled on the outside rim of the chimney. 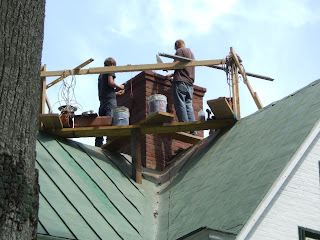 The last brick on the outside rim is going into place in this photo. Hurray! 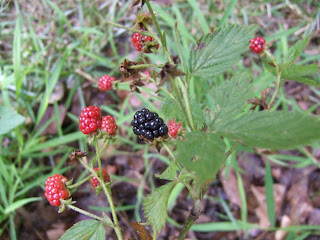 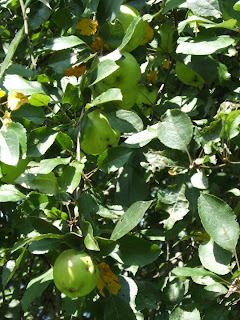 There's at least one apple tree growing behind Tudor Hall. Junius Brutus Booth Sr. planted an apple orchard and had a cider press on the farm. 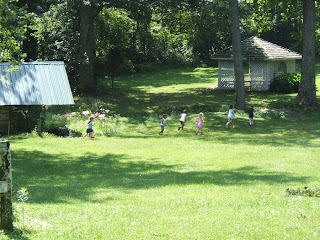 Left click on this photo for a better view. Children from the surrounding neighborhoods are frequent visitors to the grounds at Tudor Hall. It's wonderful to hear their excited voices and to see them having so much fun.